Matt LeBlanc threatens to pull the Handbrake on Top Gear 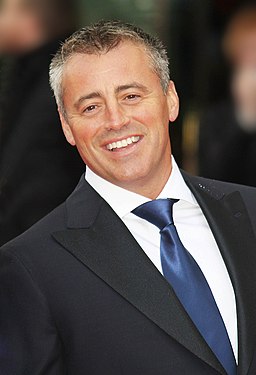 Matt LeBlanc threatens to pull the Handbrake on Top Gear

It seems that Matt Le Blanc, the goofy and fun Joey from friends is not happy with his treatment at the hands of fellow Top Gear co-host Chris Evans. The show is going through its own Game of Thrones it seems with Matt planning to pull the handbrakes on his Top Gear journey unless Chris Evans is shown the door.

Sources have added that the show’s presenters have been told that Matt will not be working on any more series unless Chris Evans is removed from the co host post. As the makers parted ways with Jeremy Clarkson, James May and Richard Hammond the BBC had announced Chris Evans as the host of the show. Matt was later added to the cast since the makers wanted to make the show more appealing to women.

Top Gear is going through its own variation of Labor crisis with the shows rating in free fall. The show which was once one of the leading ratings show on the BBC Network has been unable to keep up with its popularity especially once the stellar hosting panel of Jeremy Clarkson, James May and Richard Hammond parted company with BBC.

The show has been the subject of repeated criticism for its lack of originality and its contents but with most of the criticism aimed at “Shouty” Chris Evans. Chris on his part has been vehemently defending the current season of Top Gear and his own performance indicating how the rating for their show was higher than when Clarkson started.

There have been cracks between Chris and Matt developing for a while now with their current relationship being categorized as frosty. The big question in front of the BBC is which host to keep and which one to part with. It is clear that Matt isn’t the only one who is not happy with the increasingly irate Chris. It has been reported that Chris is often overly critical of his team, even going as far as being sarcastic when criticizing them.

The host has refused to encourage his team members, instead opting to malign them. This was the case when Chris reportedly pretended to bump his head against the wall in frustration when Eddie Jordan former head of the F1 was unable to memorize his lines.

It is widely believed that Chris’s behavior is down to his being jealous of Rory Reid and Chris Harry and the attention and praise that they are getting. The BBC had hoped that with his wealth of experience Chris would encourage the lesser members of the team. The Next Episode of the show is also expected to be hit badly by falling ratings because of the Euros and other competing programs.

As of now the BBC has not commented on the news stories of this nature and even the representatives of Chris Evans are silent on the matter. It remains to be seen whether the next season will be a smooth drive for Top Gear or will it hit a bumpy road ahead.

A Selection of Matt LeBlanc Quotes

“When I was younger and studying acting, I never ever saw myself in the sitcom world; it was drama that really turned me on and still does.” ~ Matt LeBlanc

“Misery is manifold. The wretchedness of the earth is multiform.” ~ Matt LeBlanc

“As an actor, the biggest compliment you can get, in my book is for someone to believe that you’re the character.” ~ Matt LeBlanc

“It’s like you’re caught naked hanging from a tree branch with the wind blowing.” ~ Matt LeBlanc

“It seems like there’s more, but Friends was always a high- pressure environment because it was successful from day one. So I’m kind of used to it.” ~ Matt LeBlanc

“I find the earth to be a place of misery in which I am surrounded by the conformity that kills society.” ~ Matt LeBlanc

The more cynical you become, the better off you’ll be.” ~ Matt LeBlanc