How Big Tech is helping transform cars into smartphones

LAS VEGAS (Reuters) – Technology companies transformed smartphones and televisions into continuous fountains of revenue. Now, big tech wants to work with automakers to do the same thing for your car.

With the widespread rollout of autonomous vehicles still years away, the two industries have converged on the idea of cars providing services and features delivered “over the air” – that is, over the same wireless data networks used by smart phones. 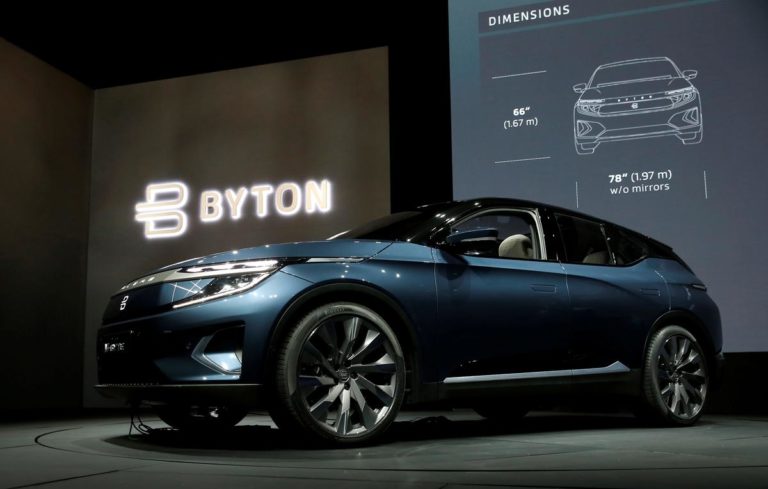 Those services – streaming video, vehicle performance upgrades, dashboard commerce – could answer a pressing need for automakers. They need to learn how to milk their hardware for revenue long after vehicles roll off dealers’ lots. Tech companies see cars and the time people spend in them as a new frontier for growth.

Both auto and tech companies used the big CES technology show here this week to showcase their determination to make the vision of vehicles as connected revenue machines a reality. Cloud computing giants Amazon.com Inc (AMZN.O) and Microsoft Corp (MSFT.O) were in the forefront, chasing the opportunity to manage torrents of data flowing to and from connected vehicles.

The pivot comes at a time when global automakers are looking for fresh revenue sources as sales slow and as rising costs to comply with tougher emissions standards threaten profit margins. Shares of legacy automakers such as Ford Motor Co (F.N) and GM badly lagged broader market indexes in 2019. The contrast is Tesla Inc (TSLA.O), whose market cap on Wednesday for the first time exceeded Ford and GM’s combined market values.

Tesla pioneered the model for charging for over-the-air upgrades, now asking customers to pay $6,000 to turn on the full self-driving option.

Other automakers are eager to try their hand at turning cars into upgradeable, revenue-generating gadgets.

Chinese carmaker Byton’s new M-Byte sedan features a 48-inch screen as a dashboard, as well as a steering-wheel display and a digital tablet for passengers. When parked, the car can be an office, enabling video conference calls, or a roadside cinema.

BMW (BMWG.DE) showed at its CES display a concept of its future interior with reclining lounge chairs and a windshield with augmented reality built in to annotate the road ahead. BMW executive Klaus Froehlich told Reuters the automaker is seeking approval from the National Highway Traffic Safety Administration to get U.S. approval for the seats, but could not say when they would appear in production.

Tech companies and suppliers want to accelerate the transformation of vehicles into subscription bundle-ready machines by helping automakers sort out the tangle of computer chips that make most current vehicles difficult or impossible to upgrade over the air.

The current crazy quilt of vehicle processors “is not cost effective, and it’s hard to get (vehicles) developed and launched so that everything works all the time,” said Glen De Vos, chief technology officer of auto supplier Aptiv Plc (APTV.N). Aptiv’s solution: A new Smart Vehicle Architecture that consolidates most computerized functions.

Harman, a unit of Samsung Electronics Co Ltd (005930.KS), is also pushing a similar digital platform to control the flow of data in and out of the car. A centralized system, said Chief Executive Dinesh Paliwal, would help protect the car against hackers, who would have only one way in rather than dozens.

Harman, which supplies some of the technology that automakers including Tesla use to deliver the over-the-air upgrades, plans to sell its new vehicle computing brain with cybersecurity features built in – but some car buyers will have to pay to turn it on.

Qualcomm Inc (QCOM.O), which already provides the cellular modem chips that allow vehicles to connect to the internet, introduced a more comprehensive computing system that can manage in-vehicle entertainment and help the car drive itself. One element is a much easier way for automakers and their partners to deliver feature upgrades, such as unlocking a better sound system already built into the car.

NXP Semiconductors (NXPI.O) is working on a chip that would serve as a gateway between the car and the cloud, to help automakers cope with the massive amounts of data that sensors and digital cockpits will create.

That data has to be stored and managed, and that’s where cloud computing providers such as Amazon Web Services come in. AWS announced at CES a partnership with BlackBerry to develop a new software platform for connected vehicles.