Home All Blogs List Here’s what we know: Prince Harry, Meghan Markle are moving to Canada!

Here’s what we know: Prince Harry, Meghan Markle are moving to Canada!

It’s official: Meghan Markle and Prince Harry will be making a home in Canada.

On Monday, Queen Elizabeth confirmed that the couple will be splitting their time between the U.K. and Canada as they’ve decided to step away from duties as official senior members of the Royal Family.

Markle and Prince Harry said they want to be financially independent, and “carve out a progressive new role” within the monarchy. 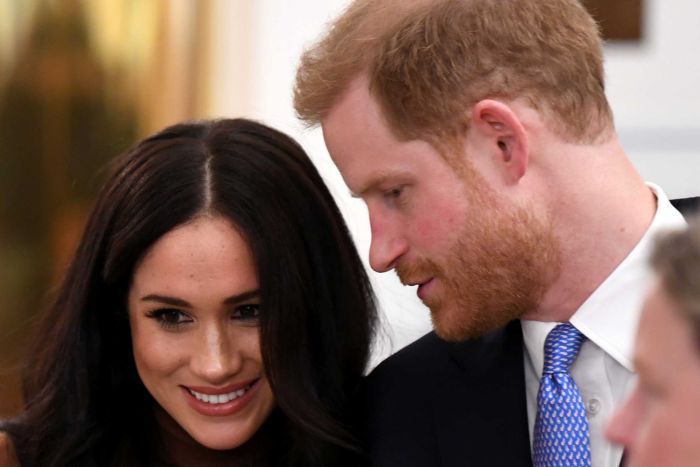 “Although we would have preferred them to remain full-time working members of the Royal Family, we respect and understand their wish to live a more independent life as a family while remaining a valued part of my family,” the Queen said in a statement.

Speaking with Global News on Monday, Prime Minister Justin Trudeau said at this point, there have been no conversations around the couple’s move to Canada.

“There will be many discussions to come on how that works,” he said.

“But there’s still a lot of decisions to be taken by the Royal Family and by the Sussex’s themselves as to what level of engagement they choose to have and these are things that we are supportive of.”

Trudeau said there have been no discussions around security and the impact on taxpayers yet.

So when will the couple officially move to Canada and what will their lives here look like?

Canada is a special place to both Markle and Prince Harry. While it is not yet clear where exactly they will be moving to, the Duke and Duchess of Sussex most recently spent Christmas on Vancouver Island with their young son Archie.

A spokesperson for the Duke and Duchess previously told Global News that they are both fond of Canada and that “the decision to base themselves in Canada reflects the importance of this Commonwealth country to both of them.”

Specifically, the couple enjoys the “beauty of the landscape” and sharing that with their son, the spokesperson said.

Markle lived in Toronto for several years while filming the TV series Suits — a city she once called “her second home.”

In a 2016 interview with Best Health magazine, Markle said the people of Toronto were “so welcoming.”

“The people are so kind, I love the food scene, and I really love exploring little nooks around the city with my two dogs,” she told the outlet.

“We’ll explore new ravines and jaunt through new areas. I love how much green space there is tucked away — you wouldn’t expect that, and it reminds me of LA in a lot of ways.”

Prince Harry also enjoyed time in Canada growing up. He spent time skiing in Whistler, B.C. as a child and has returned many times since then, Bruce Hallsor, past chair of the monarchist league of Canada, previously told Global News.

“He was here as a young man in Vancouver during the Olympics and loved it. He’s been back since.”

Prince Harry and Markle also made a public appearance as a couple at his 2017 Invictus Games, hosted in Toronto.

They have Canadian friends

Markle is best friends with Canadian fashion stylist Jessica Mulroney, who lives in Toronto. The pair became close while Markle was filming Suits.

Jessica’s husband, Ben Mulroney, is the host of etalk and is the son of former prime minister, Brian Mulroney.

Jessica and Ben’s three children were part of Markle and Prince Harry’s wedding in 2018. What’s more, some tabloids even suggested that Jessica was an unofficial wedding planner for the couple, flying to London for dress fittings.

But Mulroney has always kept her relationship with Markle mostly private. In a 2019 interview with Harper’s Bazaar, shortly after the royal wedding, Mulroney said she wouldn’t say much about her best friend.

“Listen, every person has to have a bit of privacy in their life. There are certain things I hold very dear and secret,” she said.

“There are things I’ll never talk about for sure. My life is an open book, but there’s always a few secret pages in the back that nobody will be able to read.”

Canada’s reaction to the news

In response to the news that Markle and Prince Harry were spending the holidays in Canada, Trudeau tweeted that he wished the family a “quiet and blessed stay in Canada” and that they are “among friends and always welcome.”

Aside from Trudeau, coffee chain Tim Hortons offered the couple free coffee for life if they moved to Canada.

A recent poll commissioned by Postmedia found that more than 60 per cent of Canadians said they support the appointment of Prince Harry to governor general.

Many people on social media welcomed the couple, and supported their decision to step away from the Royal Family, while others questioned if Canadian taxpayers will have to foot extra costs for having them in the country.

— With files from Arti Patel and Olivia Bowden