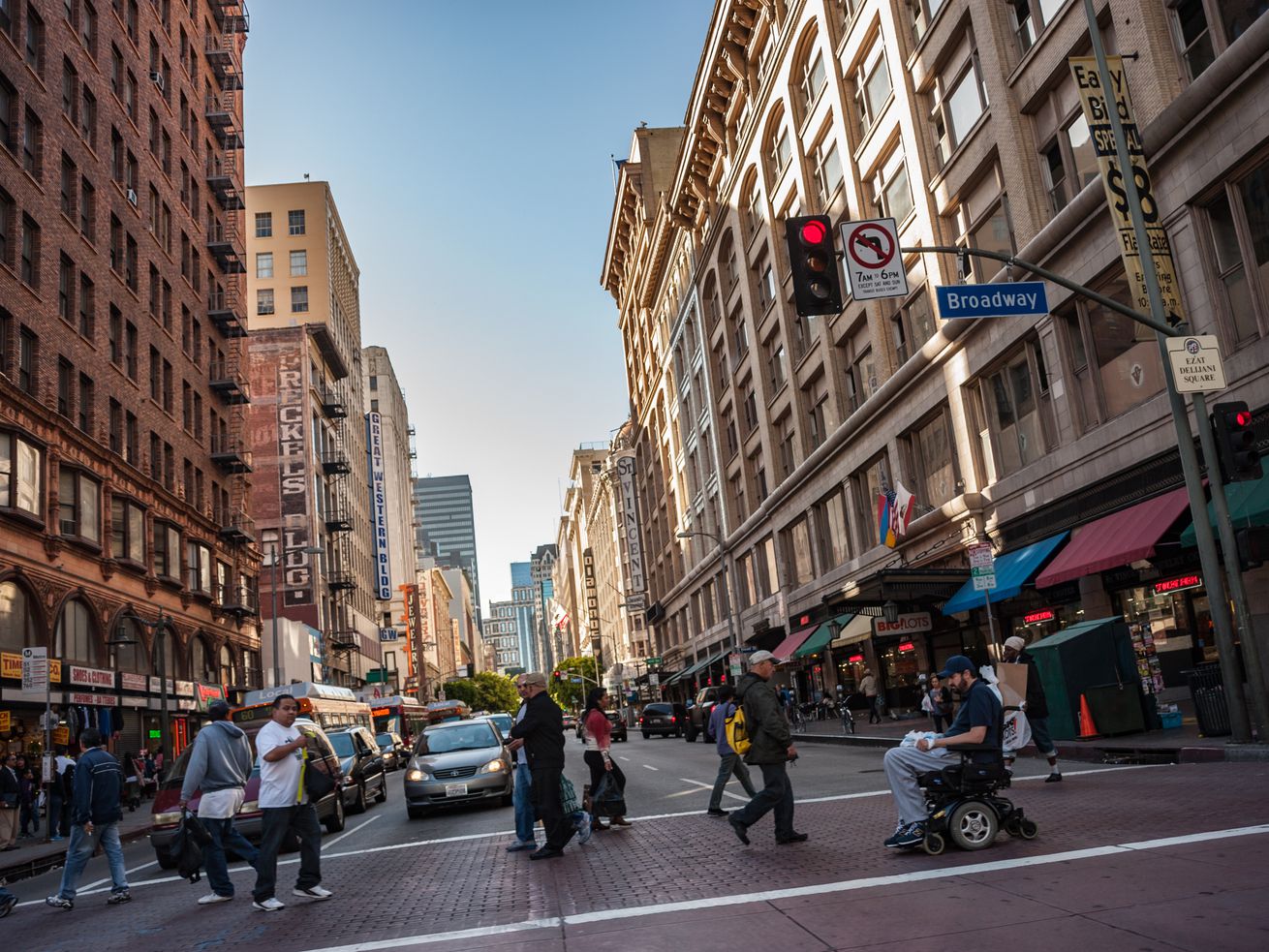 Broadway was already reconfigured six years ago to have fewer traffic lanes and wider sidewalks. | Shutterstock

A 1.5-mile stretch would be open to pedestrians, bikes, scooters, and buses—but not private vehicles

If a Los Angeles City Councilmember gets his way, one of the city’s most unique and historic streets could be shut off to cars.

That stretch, running between First and Twelfth streets, would be open to pedestrians, bikes, scooters, and buses, but would be off limits for private vehicles.

In a statement, Huizar argued that this arrangement, which would be the first of its kind in Los Angeles, would “enhance businesses and contribute to the further revitalization of the area.”

Though Broadway has long been a bustling shopping and entertainment district which in recent decades became a hub for businesses catering toward Latino residents, Huizar made the resurrection of the street’s historic theaters and nightlife a signature initiative through his Bringing Back Broadway program.

The street has also attracted flashy new businesses, including an Apple store set to open soon in the historic Tower Theatre building.

“Broadway is the ideal street to go car-free,” writes Huizar in his motion, pointing out that the street was already reconfigured in 2014, resulting in fewer traffic lanes and wider sidewalks. He argues that prohibiting cars would “create a truly multimodal street that will offer residents, workers, and visitors options for safe and convenient travel.”

The motion comes less than a month after San Francisco unveiled a new car-free zone on bustling Market Street in the city’s downtown core.

Street safety and environmental advocates frequently argue that such configurations encourage people to eschew cars in favor of more sustainable modes of transportation, such as walking or taking transit. Huizar notes in his motion that a car-free Broadway could also encourage people to ride a future streetcar planned for Downtown LA—though it’s still unclear when construction might start on that project.

The motion calls for a report on the proposal that would include analysis of the effect it would have on parking and loading zones in the area.