Home All Blogs List Don’t go there: 12 destinations to avoid in 2020

By now you’ve probably been told where to visit in 2020. You’ve been told about Georgia. You know about Japan. You’ve heard everyone talking about Costa Rice and Bhutan and even Morocco.

And that’s great – they’re all excellent travel destinations. But what about the places you shouldn’t visit? What about the cities and countries that should be avoided this year, whether that’s because of overcrowding, danger or prohibitive expense?

When you’re drawing up your 2020 travel plans, you can safely strike these destinations from your list.

If you’re interested in travel, you’ve either been to Angkor Wat already, or you know someone who has. This UNESCO World Heritage site has become phenomenally popular, particularly with Australian travellers, and it’s now beginning to show signs of wear and tear, as well as having issues with water management.

Instead, try: There are some 72 temples or other buildings of importance on the Angkor site, and only four or five of them are particularly popular. Check out any of the others and you’ll have the place to yourself. 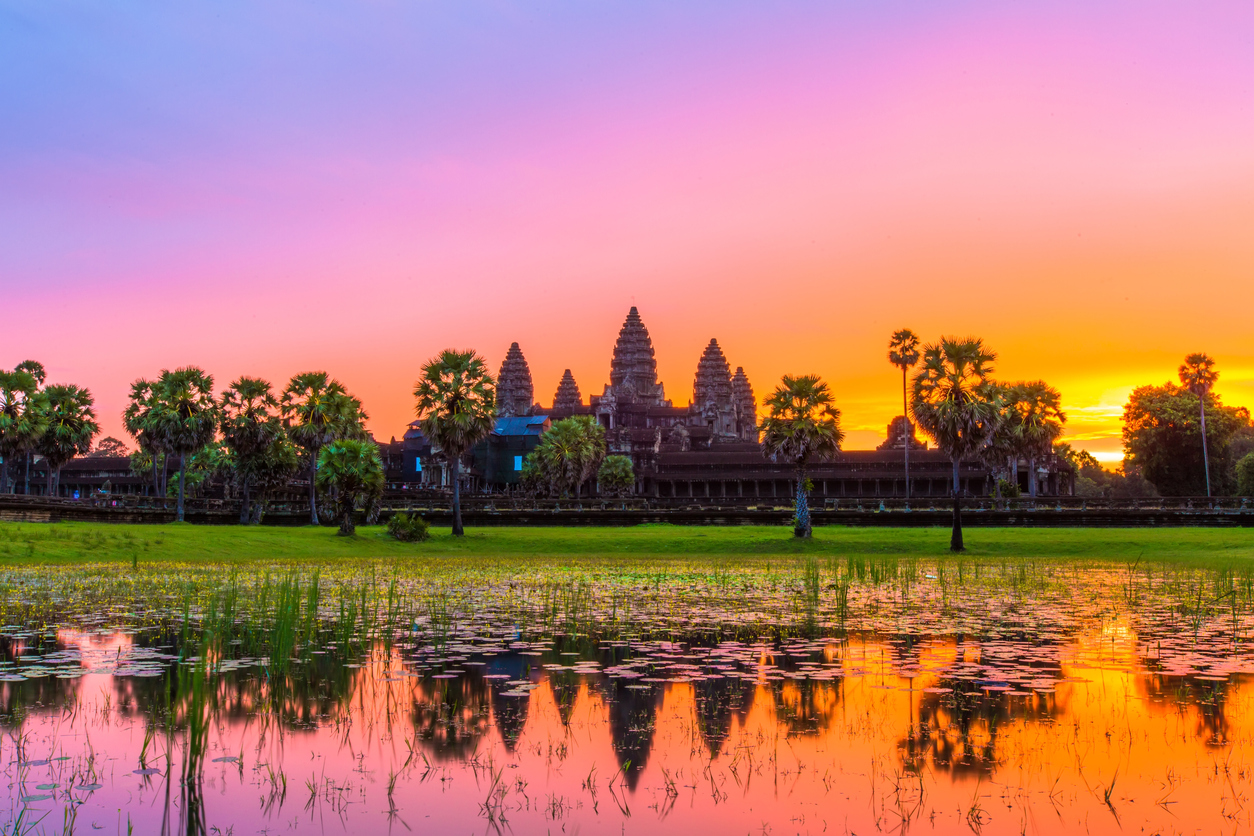 There was talk that the home of the famed Komodo Dragons would close entirely this year, such is its popularity and the effect that popularity has had on the local environment. Authorities eventually decided to leave the island open, but have flagged entry will soon cost $US1000 ($A1440) for an “annual membership”. Might be best to leave this one for another time.

Instead, try: The Raja Ampat island chain, just off West Papua, is remote, quiet and stunningly beautiful. Well worth the effort to see. 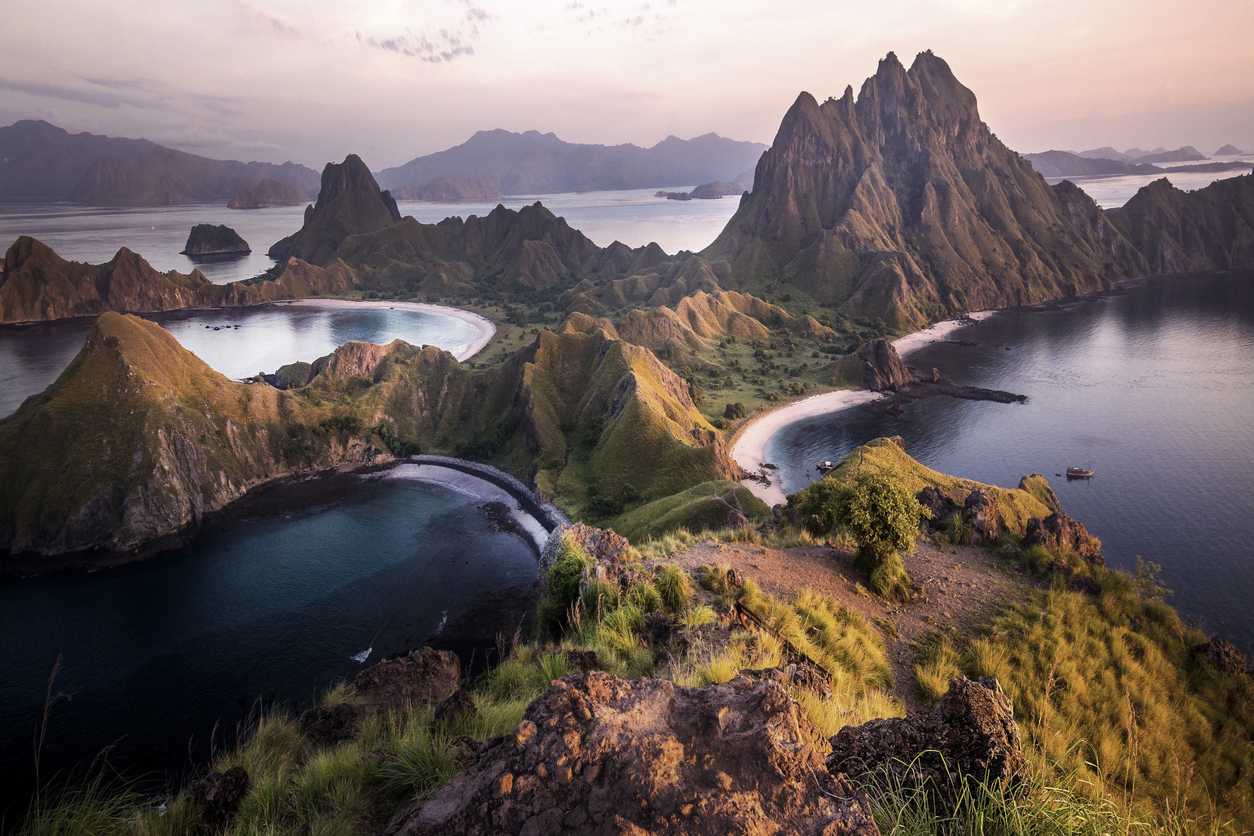 This iconic ruin is beginning to fall victim to its own success, as are so many heritage-listed sites around the world. Tourist numbers have been capped on the Inca Trail for some time now, but recently measures were put in place to limit overcrowding at Machu Picchu itself, with visitors forced to stick to strict time slots. Still, this place is heaving.

Instead, try: Choquequirao is another hilltop Incan ruin that’s currently only accessible via a two-day hike from Cusco – the perfect alternative. 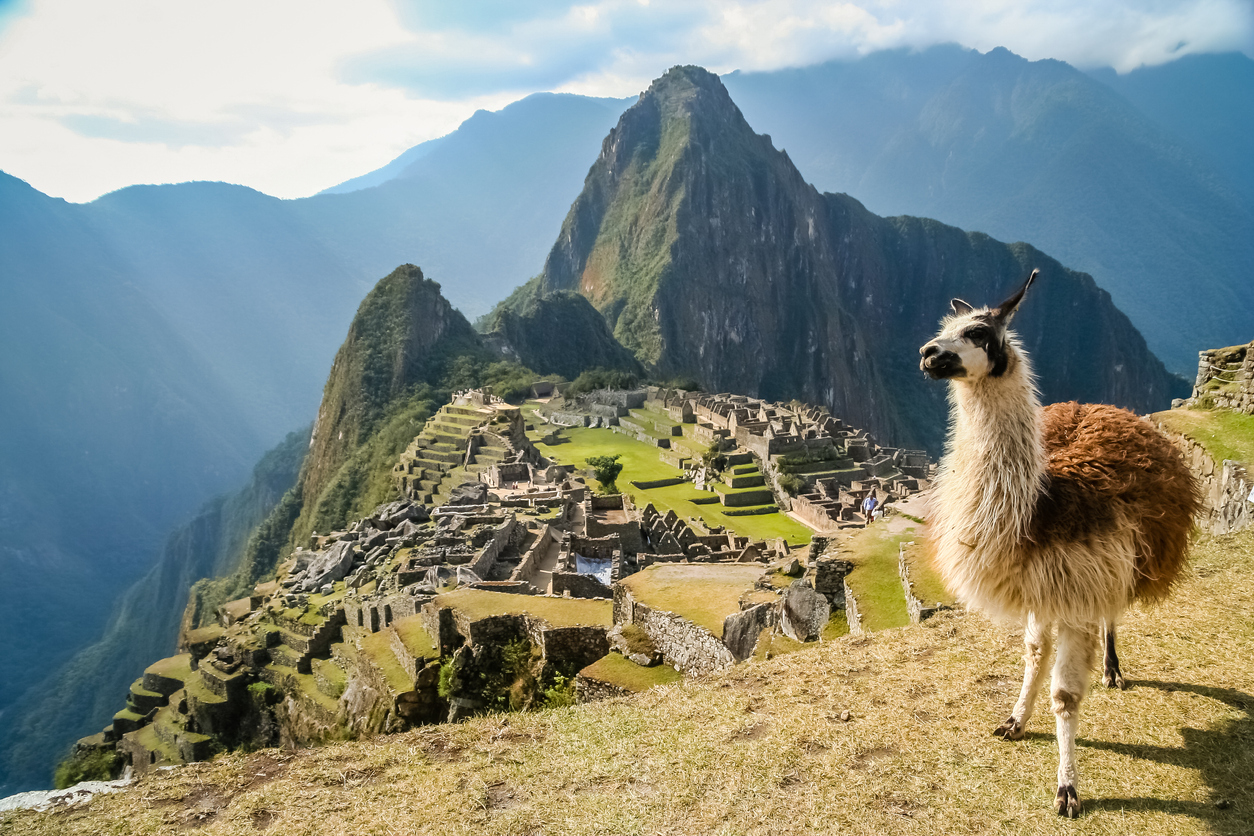 One of Europe’s great destinations is also overrun with tourists, as visitors pour in from cruise ships and tour buses and every other mode of transport daily. The city is struggling to cope: hotel accommodation is full, Airbnb is affecting rental prices for locals, traffic is clogged and pavements are packed. Time to give the city a chance to recover.

Instead, try: Girona. This is another beautiful Catalan city with history, charm, and in El Celler de Can Roca, one of the world’s best restaurants. 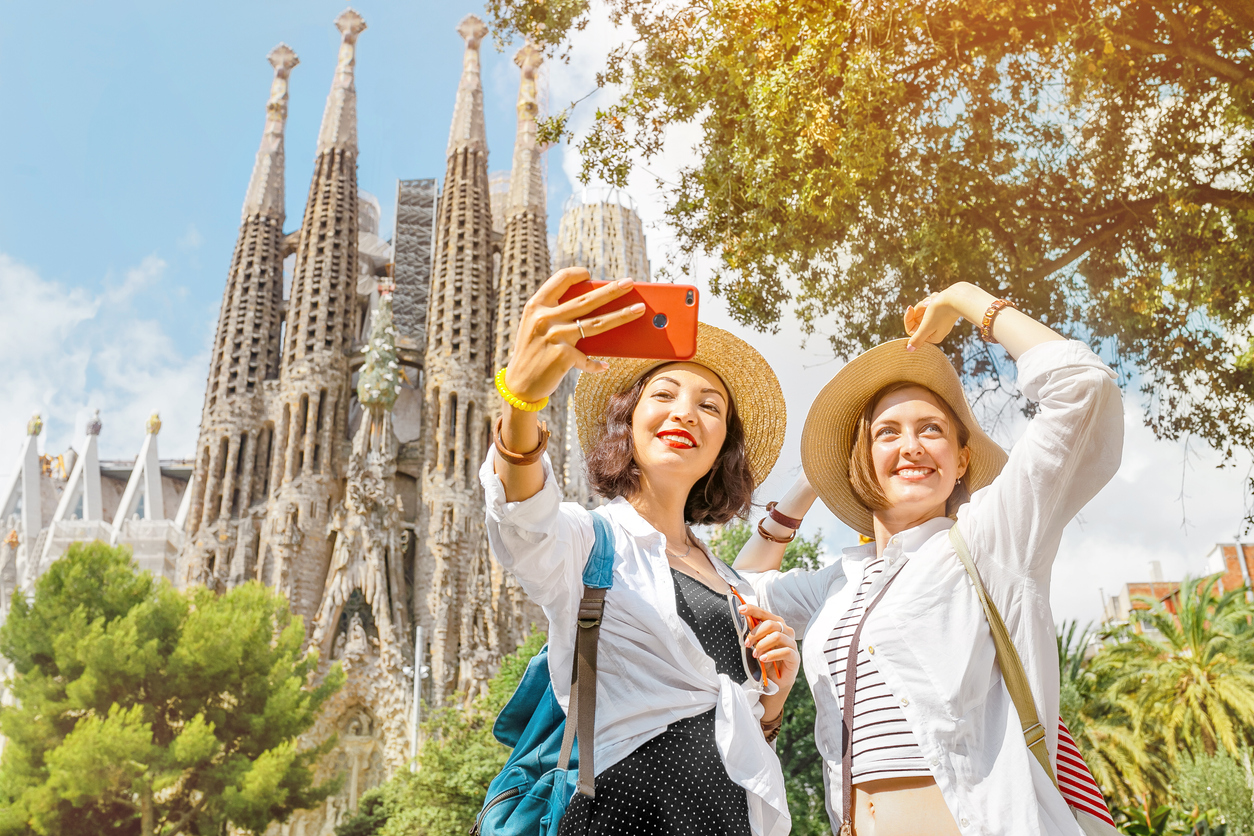 Any Game of Thrones location

Instead, try: Just avoiding the locations. In Croatia, go to Zadar or Spilt instead of Dubrovnik. In Iceland, visit the isolated Westfjords. In Spain, try Zaragoza or Galicia instead of Seville or the Basque coast. 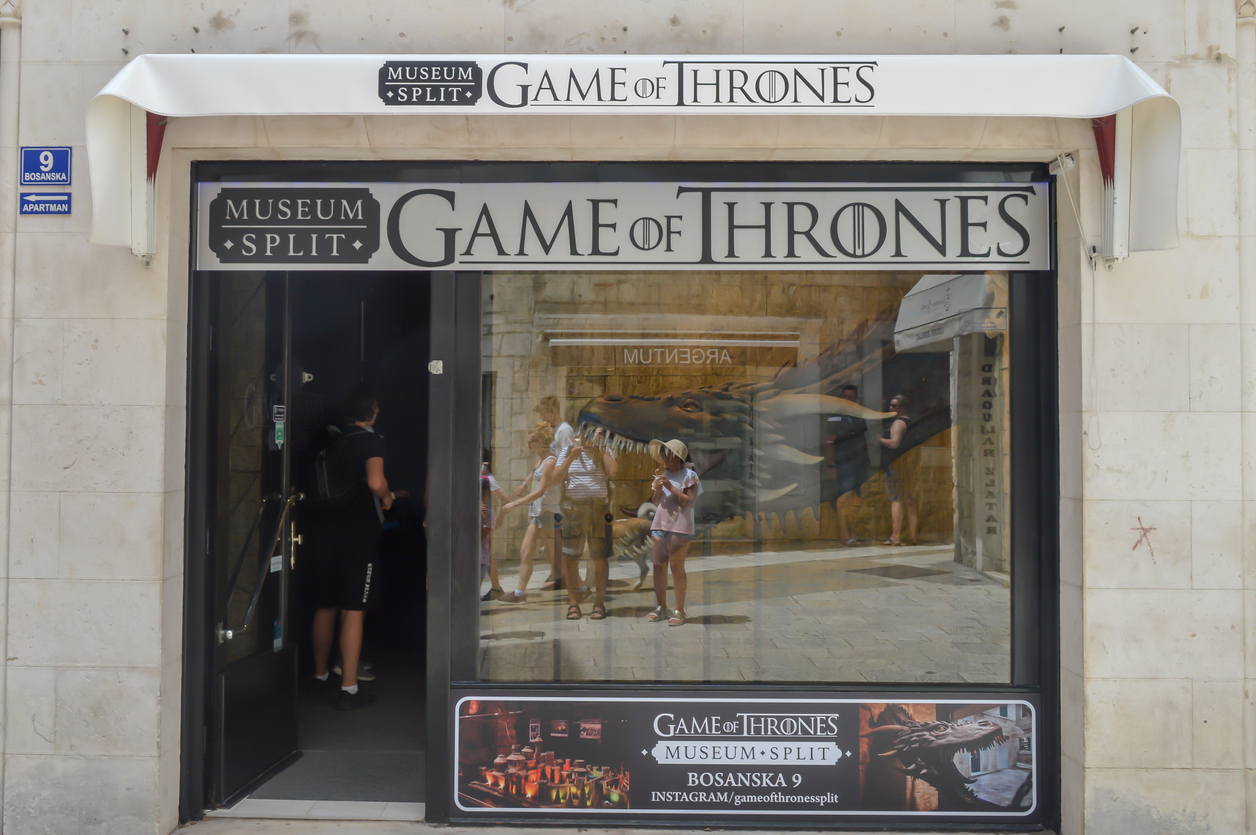 Kyoto is a relatively small city, with only 1.5 million inhabitants, and yet it plays host to more than 50 million domestic and international visitors annually. That, clearly, is going to have an effect, and already the city has had to introduce measures to stop littering and prevent tourists from hassling geikos (the local term for geishas). Restaurants and bars are also struggling to look after their regular customers while dealing with the tourist influx.

Instead, try: Kanazawa has much of the geiko and teahouse culture of Kyoto, only with a fraction of the tourists. 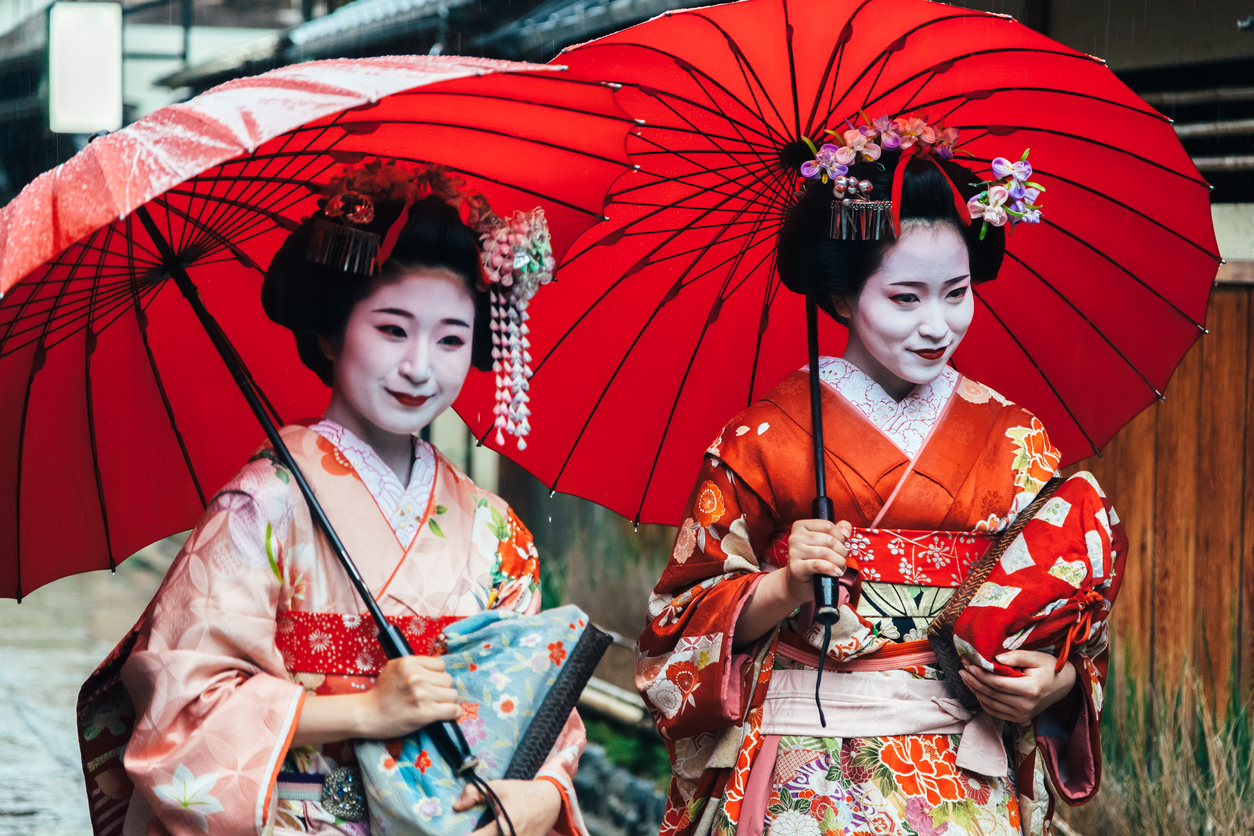 Here are some more scary numbers for you: Amsterdam has a population of around 800,000, and yet receives nearly 20 million visitors a year. Again, that has an effect: in 2019 the last florist at the city’s famed Bloemenmarkt shut up shop, blaming tourist groups for crowding out his customers. The Dutch tourist board has also now stopped actively promoting the Netherlands as a destination, turning its focus instead to managing the tourists already coming.

Instead, try: For canals and charm, try nearby Utrecht, a lively student town. For architecture, give Rotterdam a go. 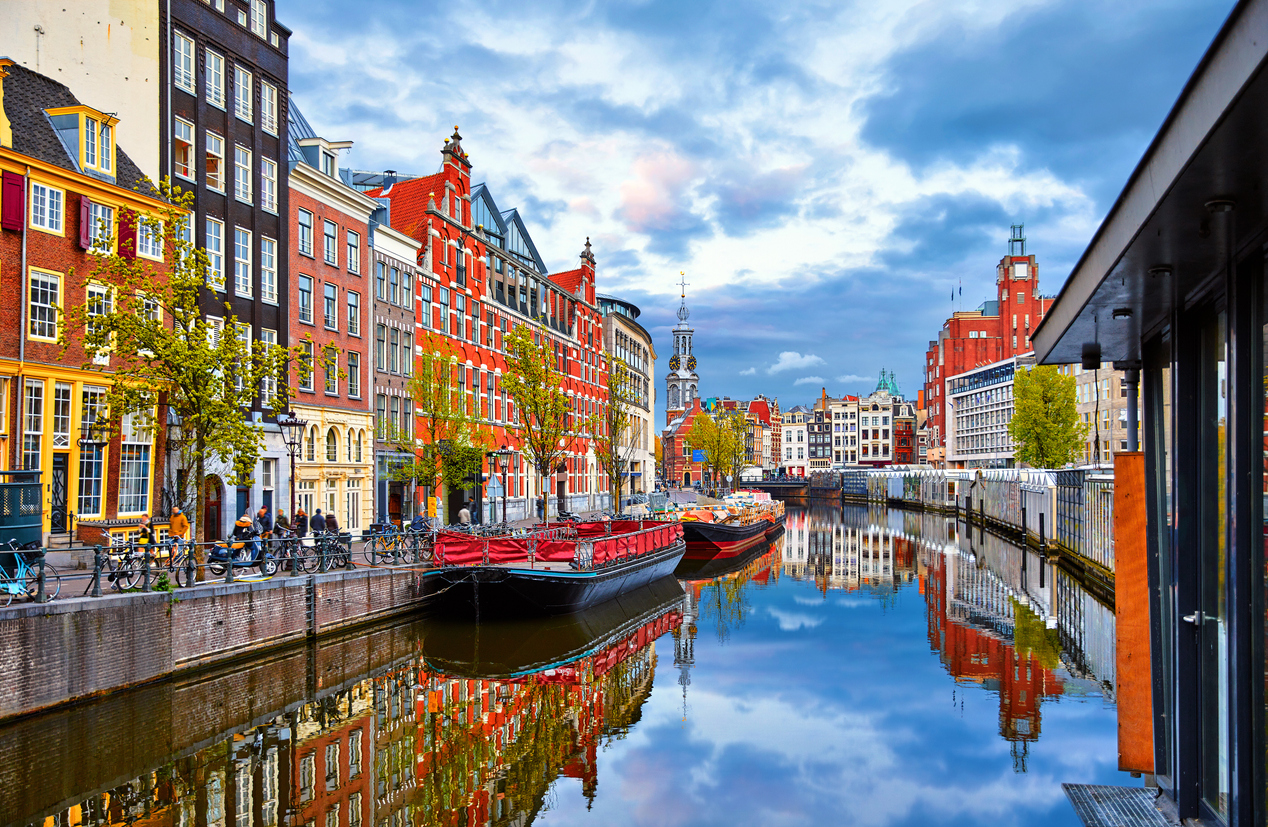 Obviously, there’s Bali and there’s Bali. There’s the heavily touristed Bali, the likes of Kuta and Seminyak, Canggu and Ubud (above). And then there’s the quieter side of the island, places such as Candidasa and Lovina. However, regardless of where you go, Bali has problems: huge issues with garbage and what to do with it; problems with water management; issues with tourists behaving badly. The island needs time to sort these out.

Instead, try: Sumatra has much to recommend it, not least of which is the lack of fellow travellers. 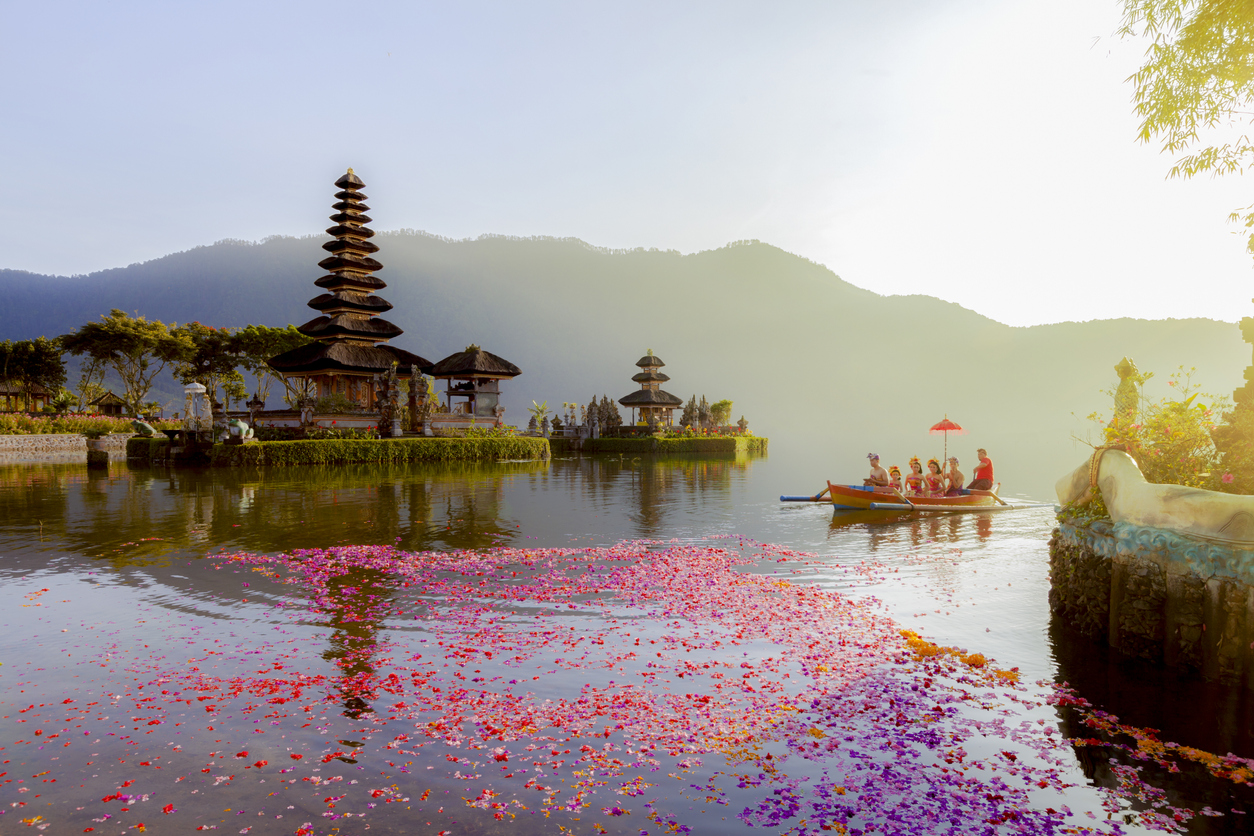 Here’s a novel idea for coping with over-tourism: for a weekend in April this year, the Faroe Islands will close to tourists. No one will be allowed in, except for volunteers who are keen to help locals clean the place up. After that, this Denmark-owned archipelago will return to business as usual. However, this might be a sign it’s time to give it a break.

Instead, try: The Shetland Islands, Scotland’s northern outpost, which has a healthy dose of windswept charm. 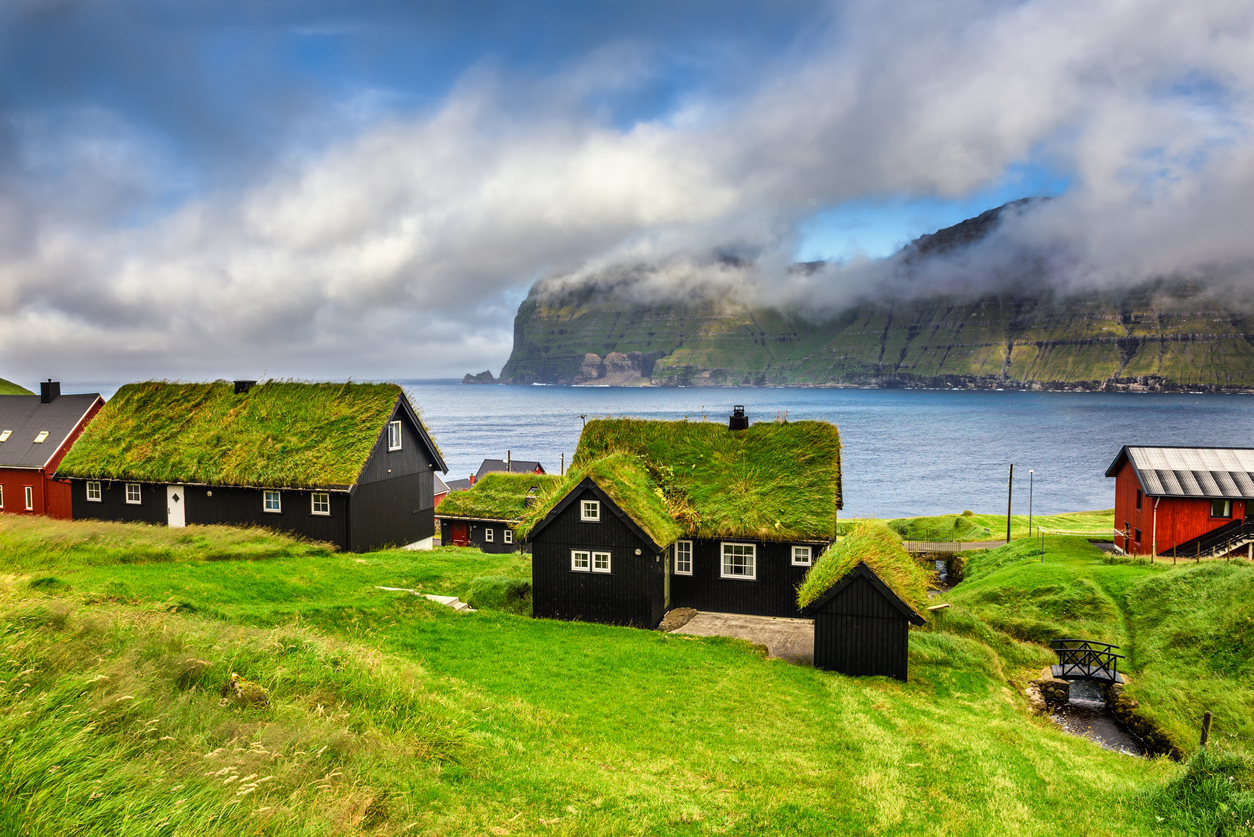 You remember this photograph – everyone remembers this photograph. Last year Nepali mountaineer Nirmal Purjah snapped a shot of the peak of Mt Everest, with an incredible queue of people waiting for their moment of mountain-conquering glory. It was the perfect illustration of the dangerous popularity Mt Everest has achieved in recent years: 11 people died trying to reach the summit in 2019.

Instead, try: Though most of us will only ever make it to Everest Base Camp, there are still great alternatives. Try the Gokyo Ri trek for unparalleled Everest views. 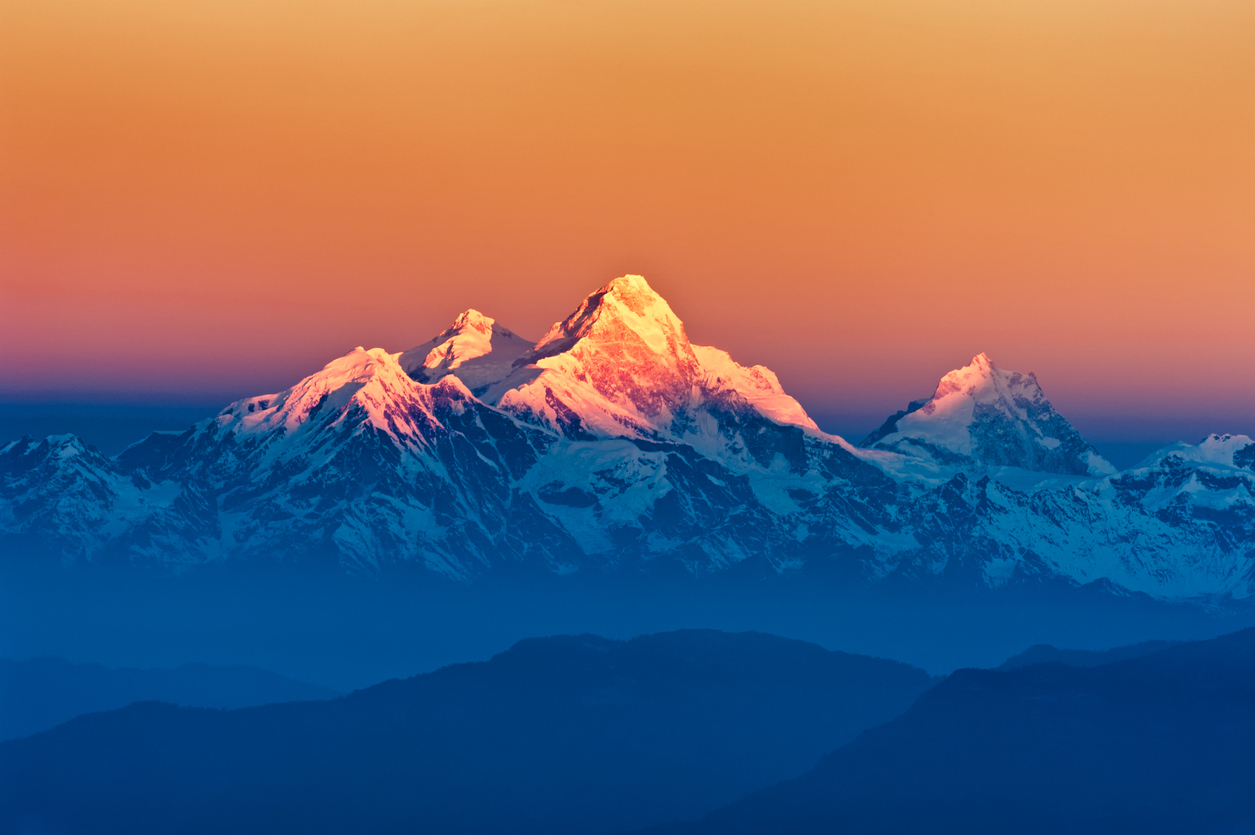 There’s no point attempting to visit one of the world’s most famous beaches – made so by the movie, The Beach – because Maya Bay, on Koh Phi Phi Le, remains closed to tourists, and will be until at least the middle of next year.

Instead, try: Koh Yao Noi is a beautiful Thai island off the Andaman coast, just 30 minutes by boat from Phuket, but another world away in terms of popularity and infrastructure. 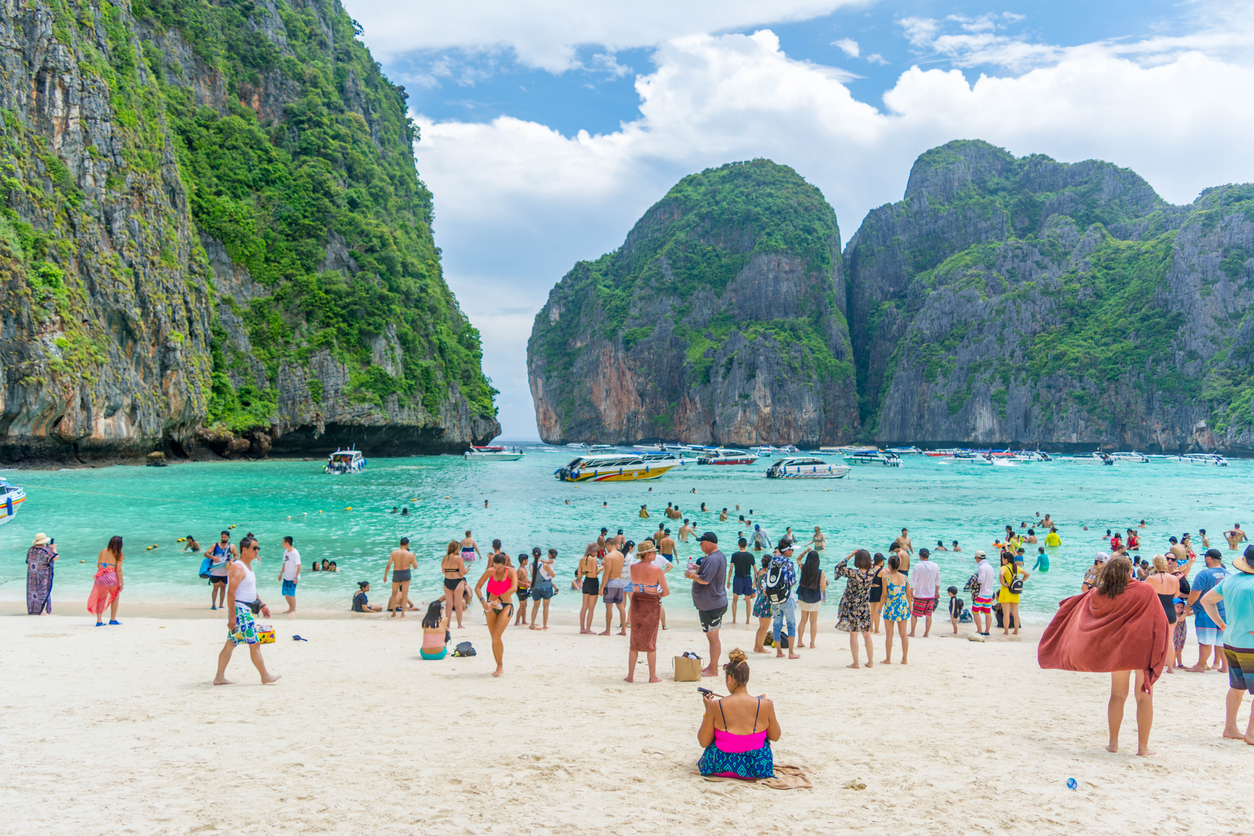 Though plenty of the destinations I’ve mentioned here are suffering from over-tourism, the problematic influence of tourism is a possibility anywhere in the world now, given the sheer number of us travelling. Try to lessen the strain and support tourism operators and locals year-round by travelling off-peak in 2020.

Where will you be avoiding in 2020? Why? Where do you plan to go instead?