A 100-acre site that stands two-thirds empty already is at the heart of an entertainment-based transformation in northwest Naperville.

The area is called CityGate West, or it will be when it’s completed.

For now, it’s identified as CarMax, Topgolf, WhirlyBall, an expanse of grass and the dormant Odyssey Fun World.

The land is at the northwest corner of Route 59 and I-88, across from the original CityGate Centre that has been taking advantage of easy tollway access to lure visitors for nearly 15 years to the Hotel Arista, offices and restaurants.

In the works at the two properties both using the CityGate name are an apartment building with a rooftop event center on the east side of Route 59, along with an arena for hockey games, concerts and conventions; and on the west side, a brewery or winery with a restaurant and hotel, as well as residences and offices — all designed with public art as a focal point. 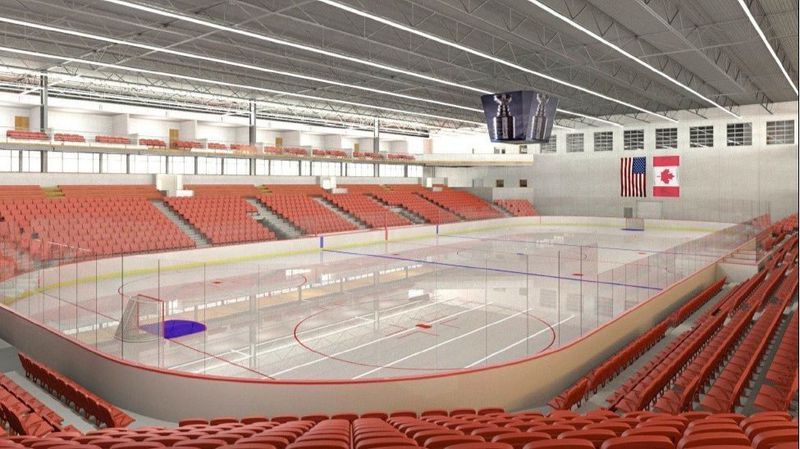 The developers behind a 209,589-square-foot sports, entertainment and event center proposed for Naperville will ask the city’s Planning and Zoning Commission this week to rezone the land on which the center is to be built and approve a parking variance. (Calamos Real Estate)

What CityGate as a whole aims to do, developers and city leaders say, is become a true entertainment destination, giving visitors and residents reasons to come, places to stay — even places to live.

“It’s a destination. It’s something you go to,” Naperville Mayor Steve Chirico said. “We’re seeing all that naturally happen as that continues to build out.”

by signing up you agree to our terms of service

Next steps will bring changes to the land near the interchange, where the Illinois Department of Transportation installed a diverging diamond traffic pattern as part of a $90 million project in 2015.

Calamos Property Holdings, owner of the original CityGate Centre on the east side of 59, is working next on apartments, a 285-unit building to be managed by Lincoln Property Company with a rooftop event space to host up to 750 people.

There’s no space quite like it west of Drury Lane in Oakbrook Terrace, Calamos spokeswoman Starr McCaffery said.

The arena with two regulation-sized hockey rinks, to be called CityGate North, was scheduled to open this year. But McCaffery said Calamos is fast-tracking the apartment and event building instead.

“We’re very focused on making sure CityGate North truly serves the community in the best way and are in the midst of reviewing feasibility studies on some proposed alternative concepts,” McCaffery said.

Owners of the 100 or so acres on the west side of Route 59 are working on drawings for their plans under a “live, work, play, stay” concept, said Aristotle Halikias, president of Inter Continental Real Estate and Development and chairman of Republic Bank.

The plans would require a zoning change from the designation of industrial, but Chirico said the city is trying to be open to more modern and creative types of land use.

CityGate West developers are seeking creativity by working with Century Walk Corp., a Naperville nonprofit that since 1996 has placed public art at 50 sites in town, to make public art “a driving force in the architecture of the rest of the project,” Halikias said.

Watching it all is the Naperville Area Chamber of Commerce, which wants to ensure the development enhances existing businesses and the community, President and CEO Kaylin Risvold said. 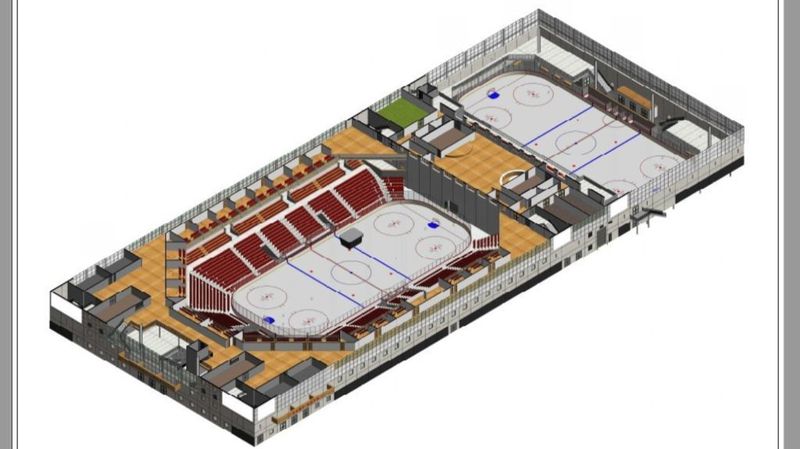 An aerial view of how the new sports/entertainment complex proposed for the northern portion of Naperville.

The city’s Planning and Zoning Commission will review the project at its Wednesday meeting. (Calamos Real Estate)

The desired transformation from empty land to entertainment hub won’t happen overnight. The apartments approved for CityGate Centre are expected to be ready for occupancy by 2021 or early 2022, but there isn’t a specific timeline yet for the arena.

Plans for CityGate West might take a decade to unfold, Halikias said. And that’s after some elements on the site have been there for a number of years, like CarMax, which opened in 1998, and Topgolf, which opened in 2015.

Chirico knows how slow it can be to create a gateway. He’s been working for five years to revive the city’s northeast entrance point at Ogden Avenue and Naper Boulevard, where large strip malls with high vacancy rates have been tricky to turn around.

“The goal posts are always moving on me,” Chirico said.

Still, there is optimism for CityGate plans, which eventually could include a band shell, a pedestrian bridge over Route 59 and a connection to the Illinois Prairie Path.