Cinematic Releases: Is This The Real Life? Fantasy Island (2020) – Reviewed

Over the course of the last several years Blumhouse has fully proven that they can do either really great things or terribly bad things with their horror catalog. Sadly enough, a new Mr. Rourke played by the uber talented Michael Peña cannot save this tropical island from disaster. At a breakneck speed, Wadlow and company destroy what could have been a sweet little mid-February release about an island of mystery.

Their continued series of PG-13 horror blunders continues with their new update of the classic television show Fantasy Island. Updating the premise of the ABC series from the ’80s could have gone several ways. It could have gone full satire in the realm of 21 Jump Street, it could have been a straight modernized version, or it could go the horror route. Sadly enough, director Jeff Wadlow and crew decided to go for the third option, dragging his poor audiences through one of the most convoluted genre flicks of early 2020 and quite possibly the last decade. There is no better term to serve Fantasy Island than abysmal trash.

Starting off with what seemed to be a fresh retread, the island run by Mr. Rourke copies many of the themes of the televised series. Quickly though, it runs off the rails in so many different directions that audiences will be confused about where they’re really headed. As each new development unfolds, I personally found myself face palming repeatedly as this is seriously one of the worst scripts that Blumhouse has ever sunk their hard earned dollars into. Production values are non-existent, acting is high school drama level, and the amount of times that characters go into monologue to explain the plot is simply embarrassing for all those involved. Keeping nostalgia in check, this only skims the surface of the themes and weighty topics that the series dug into.

Throughout Fantasy Island, things never really take off. Often, it feels like they’re trying their darnedest to capture some of that Lost dynamic with strange caverns and masked gunman who ooze oily black blood. Then it slips into lush landscapes where beautiful men and women seem to find peace in their deepest fantasies. Yet, it all ends up looking like a cheap pilot for a cable televised reboot that doesn’t have enough story to fill its first week. It’s just really sad that somehow they took a grand idea and spun a web they couldn’t write themselves out of. And even worse is the fact that it’s not even fun.

Fantasy Island 2020 is symptomatic of a production house that doesn’t know where they’re heading. They ran with this idea full throttle before having a truly great script or an idea how to carry an hour and forty minute film. Jason Blum needs to start taking account of all the mishaps they’ve had, because if he doesn’t, there could be another case of what could have been. This will probably hold water on the home video market. But all in all, it’s complete and utter garbage that was making people in the audience sigh out loud. 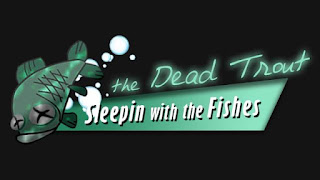