The video out of China’s Hubei province is heartbreaking: A young woman stands outside the doors of a hospital while a body bag is unceremoniously dumped in the back of a hospital van. As the vehicle pulls away into the night, bound for a nearby crematorium, she can be heard crying, “Mama, mama.” She takes a few halting steps after the vehicle before breaking down in tears.

“I didn’t have a chance to say goodbye,” she sobs. “They wouldn’t even tell me what killed my mother. But we all know that it was the coronavirus.”

The publicly reported number of deaths is horrific enough…. China has reported 108 new coronavirus deaths on February 10, the highest daily toll since the outbreak began in Wuhan late last year, as two senior officials in the hard-hit province of Hubei were removed from their jobs.

The total number of deaths on the mainland reached 1,016 in the 24 hours until midnight, the National Health Commission said on Tuesday. Some 2,478 new cases of infection were confirmed, bringing the total to 42,638.

— but the evidence suggests that the actual number of victims is far, far higher. 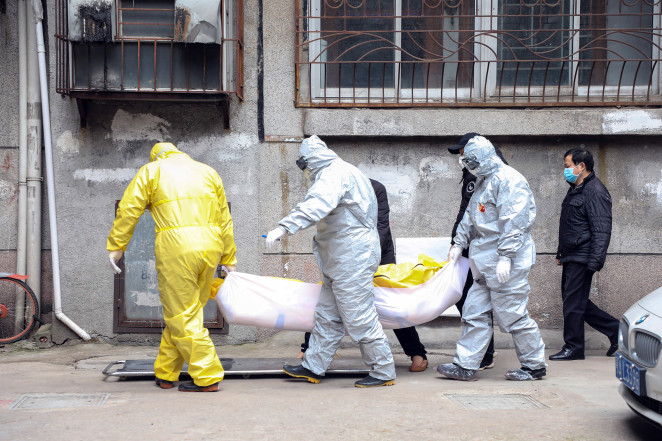 Funeral Home workers remove the body of a resident, suspected of dying from the coronavirus, from their home in a residential building in Wuhan, China. FEATURECHINA/Newscom/Sipa USA

How many people in China have fallen victim to the coronavirus to date? One hint comes from how busy Wuhan’s 14 crematoriums have suddenly become.

One crematorium manager told a Hong Kong reporter that, in normal times, his 24 ovens were lit five days a week for four hours at a time. Now, he said, they have so many corpses to deal with that all the ovens are going around the clock. This suggests the body count must be in the thousands.

With the epidemic spreading throughout China, the Ministry of Public Security, which controls all of the police departments in the country, has swung into action. A Feb. 28 directive ordered all police throughout the country to make “wartime preparations.”

The police are to “maintain social stability” by “severely” punishing any public or online reporting about the spread of the epidemic. They are also to help “control the disease” by enforcing quarantine orders and helping to speed the distribution of medical supplies.

In other words, China’s leaders know they have a national emergency on their hands but, for political reasons, are still trying to control the narrative by downplaying the seriousness of the epidemic. The Communist Party’s penchant for secrecy drives it to punish those who report honestly and accurately about this unfolding disaster. Even though honest and accurate reporting would save lives.

This week, Dr. Li Wenliang, 34, died from the coronavirus after trying to spread word of the disease weeks before China would admit it was a serious threat. When Wenliang first warned his medical school classmates on Dec. 30 about the outbreak, police detained him for “rumor-mongering” and his posts were censored. 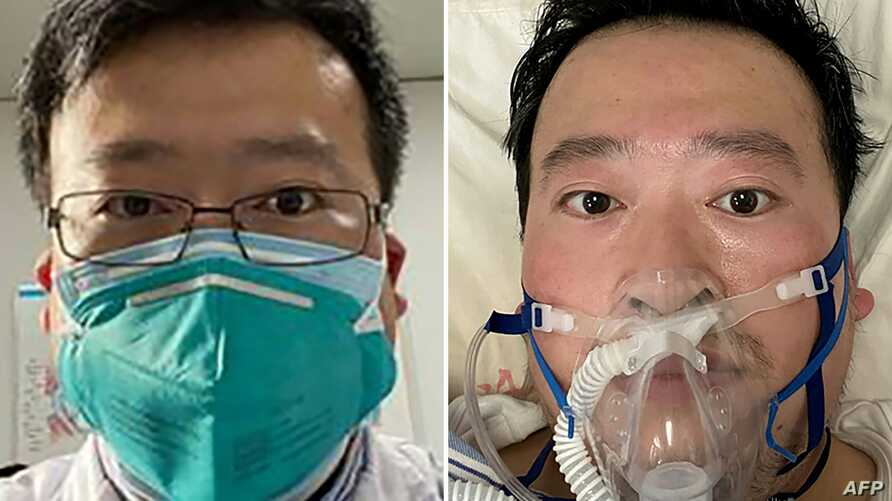 Instead of transparency, party leaders at all levels engage in multiple deceptions. They attribute many deaths to other causes, like simple pneumonia, and then cremate the bodies before an autopsy can be performed. They limit the number of coronavirus test kits that hospitals are given each day, thus reducing the number of “proven cases” that can be diagnosed. They deliberately underreport the number of deaths, while keeping the crematoria furnaces going day and night to destroy the evidence of their deceit.

Now the scope of the disaster is coming through even in official pronouncements. On Jan. 28, for example, the Hubei authorities announced that they were offering “free cremation for the corpses of coronavirus victims. Vehicles, staff, and protective gear are being dispatched to each funeral home [in Wuhan] to improve the capacity of transporting and dealing with the corpses.”

If this sounds like there are an awful lot of corpses to “deal with,” that’s because there are. Why else would the authorities have forbidden funerals and mandated immediate cremation — if not to prevent the dead bodies from piling up?

There is some suggestion that, like the deadly SARS virus of 2004, the new coronavirus escaped from a research lab in China. But whether the virus itself is the result of evil or incompetence, the epidemic itself is a creation of the Chinese Communist Party.

Had party leaders not delayed taking action for weeks after the first coronavirus infections appeared and had they been transparent about the danger it posed to the Chinese people, the epidemic would likely already be under control.

Instead, the victims of Beijing’s man-made epidemic are being cremated as fast as the ovens can burn.

Without even a chance for their relatives to say goodbye.

Steven W. Mosher is the President of the Population Research Institute and the author of “Bully of Asia: Why China’s ‘Dream’ is the New Threat to World Order.”