Bill Gates has ordered the world’s first hydrogen-powered superyacht, worth an estimated £500m ($644m) and boasting an infinity pool, helipad, spa and gym.

The billionaire co-founder of Microsoft has commissioned the Aqua ship – a 112m (370ft) luxury vessel completely powered by liquid hydrogen – which was publicised last year at the Monaco Yacht Show by Dutch design firm Sinot. 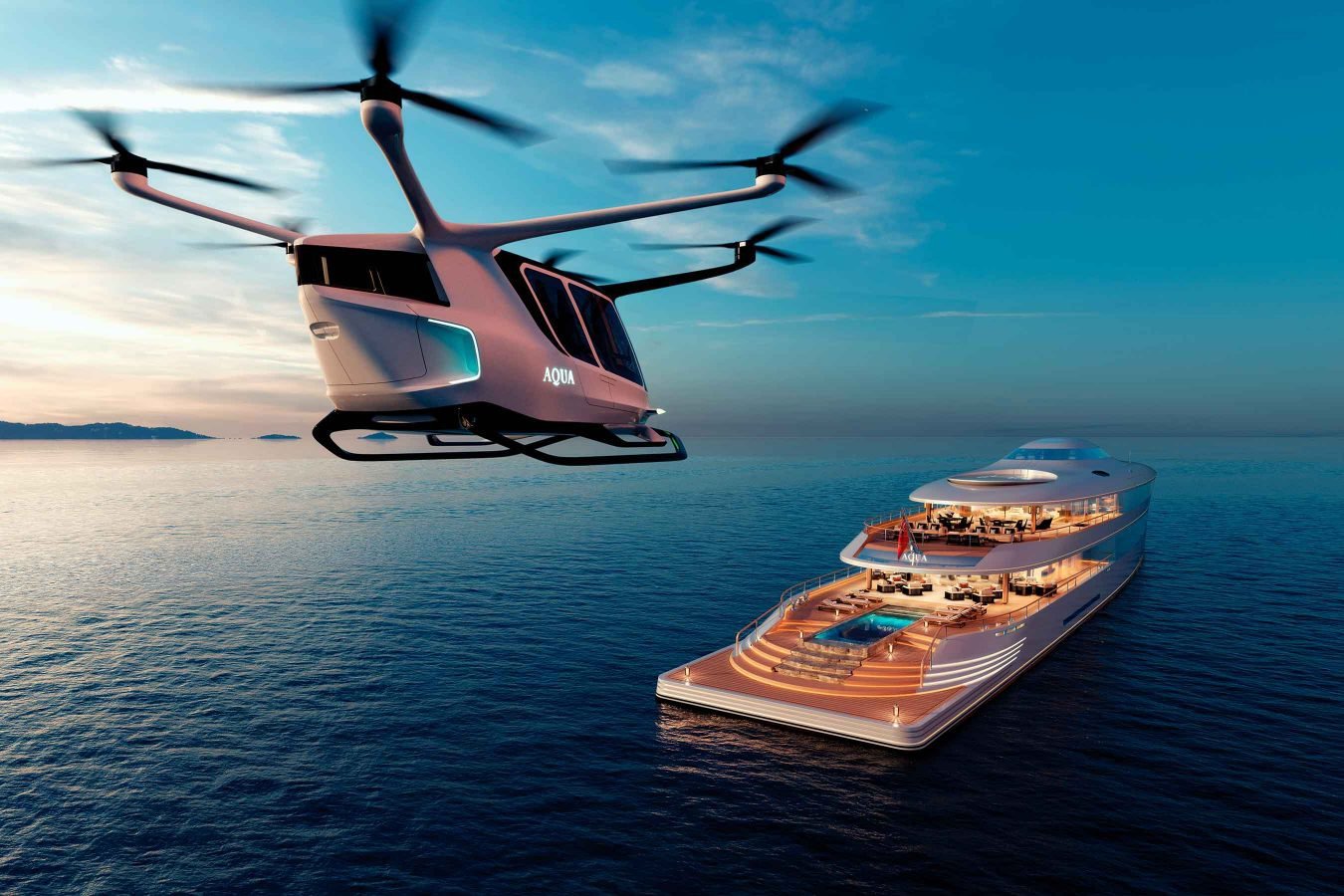 Speaking about the project last year, marine designer Sander Sinot said: “For the development of Aqua we took inspiration from the lifestyle of a discerning, forward-looking owner, the fluid versatility of water and cutting-edge technology, to combine this in a superyacht with truly innovative features.”

The boat boasts five decks, and with space to accommodate 14 guests and 31 crew members. In a further environmentally friendly feature, gel-fuelled fire bowls allow guests to stay warm outside without having to burn wood or coals.

But its most cutting-edge feature is tucked away below decks – two 28-tonne vacuum-sealed tanks that are cooled to -423F (-253C) and filled with liquid hydrogen which powers the ship. The fuel will generate power for the two one-megawatt motors and propellors via on-board fuel cells, which combine hydrogen with oxygen to produce electricity. Water is a by-product.

The vessel is unlikely to take to the seas before 2024, according to the Sunday Telegraph, which reported the Gates commission. When it does take to the sea it has the potential to reach speeds of 17 knots (about 20mph) and travel 3,750 miles (or roughly London to New York) before it needs to refuel. The Sunday Telegraph said the boat would have a “diesel back-up” due to the scarcity of hydrogen refuelling stations.

Gates, 64, who is currently ranked as the world’s second-richest man with a $118bn (£92bn) fortune, is a regular superyacht holidaymaker who has not previously owned his own vessel. Typically renting yachts for his own use, in the past he has holidayed off the coast of Sardinia aboard the $330m yacht Serene, owned by Stolichnaya vodka magnate Yuri Scheffler.

The investment underlines Gates’s long-standing interest in alternative fuels, and his enthusiasm for new technology that could tackle emissions from industry and transport that together make up 75% of the world’s carbon footprint.

He is an investor in Heliogen, a Californian start-up which aims to turn sunlight into a source of heat exceeding 1,000C that could help replace fossil fuels. It is the first company in the world to concentrate sunlight to reach temperatures that are high enough to power heavy industry without carbon emissions.

Gates has also pledged to give most of his estimated $118bn fortune to good causes via The Bill and Melinda Gates Foundation. This week he donated $100m to help tackle the coronavirus.